By Hometown Insurance | in Hometown FireFightersNews | on March 24, 2014 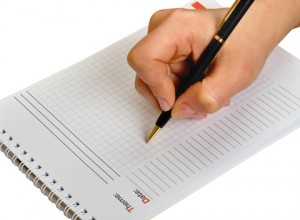 You’ve completed a tough assignment and done a magnificent job. Maybe it was a multiple family dwelling fire, vehicle extrication, or a child who was not breathing. Whatever the situation, you responded safely and efficiently, provided the services required, and mitigated the situation in a professional manner. Don’t you wish you had a snapshot of the entire event? Well, you should. Your report is that picture and should portray the events exactly as they occurred. If not, even after all of your hard work, you’ve done a disservice to the people you’ve served, the fire department, and yourself.

When I was a line officer, report writing was my least favorite part of the job. I’m certain this is true in most, if not all cases. However it may be one of the most important. We may not realize it but the report influences so many parts of what we do every day. Statistics taken from reports may impact our budgeting for the future, they are a roadmap for training needs and concerns, and they help establish protocol changes and evaluation of existing policies and procedures, as well as individual performance. Should a firefighter be injured, the report may be necessary to substantiate the claim or aid management in a reprimand situation. They could assist the department in the event of an accident while en route and in EMS, they are vital in patient care after delivery to a health care facility. Reports are our written record of exactly what happened, or didn’t happen, when we need to recall years later, possibly in a courtroom. In a lawsuit, that report can be your greatest asset, or if incorrectly or not written, your worst liability.

A fire department EMS bureau responded to a call for a woman with an allergic reaction to a bee sting. Upon arrival, they found the woman to be conscious and having difficulty breathing. The crew administered oxygen, started an IV, and transported. They left the woman at the hospital in the same condition they had found her. Fifteen minutes later, the woman went into cardiac arrest. Someone had administered a drug to which she had an additional allergic reaction. The hospital stated that they had not administered the drug, so it must have been the fire department. The report was subpoenaed and the fire department felt comfortable since the report did not indicate that any drugs were utilized on this patient. Unfortunately, the writer did not indicate that the oxygen had been administered. This took the report from being a tool for the defense into an asset for the plaintiff. The plaintiff’s attorney used the missing notes on administration of the oxygen not only to show that the fire department may have administered the drug without writing it down, but to also indicate that the EMS personnel were not very thorough in their work and could have administered the drug without asking about allergic reactions.

In another scenario, a fire department was called back to a building for a rekindle which caused more damage than the original fire. The Officer in Charge said that he had reviewed the overhaul procedures and was fully satisfied that the fire was totally extinguished before leaving the original scene. Had he made a statement to that affect somewhere on the original report, it would have been a much greater aid in the event of future litigation.

Reports are important. The person writing the report should be in some type of leadership capacity and be knowledgeable about what occurred during the incident and how it was mitigated. They should not rush the report writing time, although it should be done as soon as possible after the event so that items are fresh in their mind. The report should be written in a place where there are no distractions and a dictionary should be nearby since a poorly worded report or one with several misspellings could be construed by a jury as signs of incompetence.

The report should be reviewed by someone else to be certain that it contains all pertinent information and is factually correct. Regular quality assurance reviews should be undertaken to see that reports are being completed correctly and completely, and training administered to those who may be in need of it. Report writing errors impact so many facets of the fire service that we must be constantly vigilant because they are written at a time when firefighters are usually tired, cold or overheated, emotionally distraught and certainly not in the proper frame of mind to do paperwork.

Remember, you only have one opportunity to write a quality report.