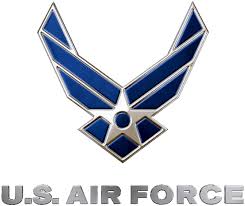 Retired Air Force Captain Earl Morse discontinued his active military service in 1998, but elected to stay involved with our armed forces in a different capacity. As a trained physician’s assistant, Morris accepted a position at a Department of Veterans Affairs clinic in Springfield, Ohio, continuing his service to the veterans he’d ministered to during his 27 years in the Air Force. Little did he know that this would lead to something emotionally gratifying for many of those in his care.

During his time at the clinic, Earl’s respect for the WWII veterans continued to swell as he served their needs and heard their stories. Then, in 2004, his contact with these aging military heroes took on a new meaning with the completion and dedication of the World War II Memorial in Washington, DC.

One of the central inscriptions included in the memorial affirms, in part, that “…we honor those twentieth century Americans who took up the struggle during the Second World War and made the sacrifices to perpetuate the gift our Forefathers entrusted to us: a nation conceived in liberty and justice.”

These words caused Earl to wonder how many of the millions of WWII veterans would have the opportunity to actually visit their memorial and observe firsthand the accolade to their contribution to freedom. Mostly in their 80s and beyond, Earl understood that the country was losing hundreds of these heroes each day. He also came to realize, through his work with the veterans, that most of them had given up hope of ever having the opportunity to visit their memorial.

This is where Earl’s patriotism took over and became a personal call-to-action for him. As a private pilot and member of one of the nation’s largest aero clubs, located at Wright-Patterson Air Force Base in Dayton, Ohio, Earl put the wheels in motion to create what would become a nation-wide movement to see that as many WWII veterans as possible could make personal contact with the Memorial.

In December of 2004, at his own expense, Earl flew one of his WWII veteran patients to Washington and gave him an escorted tour of the Memorial. The experience was so moving that Earl dedicated himself to expansion of the program, first pitching it to his aero club, and then incorporating Honor Flight Network, Inc. and building a volunteer base that eventually led to the use of commercial flights to accommodate the growing program.  By the end of 2006, the 891 veterans had made the trip.

The movement has spread rapidly across cities and states, boasting 121 separate “chapters” in 41 states. By the end of 2012, nearly 100,000 WWII veterans had made the trip, at no cost to them or their families. Each veteran is accompanied by a volunteer “guardian” who escorts the veteran during the trip and through the Memorial. The guardians pay their own way and all other expenses are covered through private donations to the Network. Their use of a Will Rogers quote as their motto—“We can’t all be heroes. Some of us have to stand on the curb and clap as they go by”—speaks to the need for involvement from all quarters, military and non-military alike.

Their goal is simple: give all veterans this opportunity, and they don’t plan to stop at WWII veterans. Their longer-term plan is to pay similar tribute to America’s other heroes who served during the Korean and Vietnam Wars, followed by veterans of more current wars.

Earl Morse is an example of patriotism in action. When interviewed recently by CBS as their “Person of the Week,” he summed it up this way, “This is without question the most noble, most honorable thing I’ve ever done in my life.” 100,000 veterans would agree.