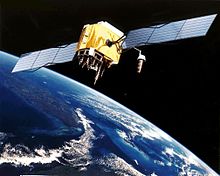 Remember the bygone days of planning trips using paper maps? Or the agony of trying to find an obscure address in a large city? Or trying to remember as you drive which Interstate exit to take?

Over the past decade, the growth and usability of Global Positioning System technologies has dramatically changed the way we live and travel. Although it seems to have merged into everyday life within just the past few years, the concept is not a new one. It dates back nearly five decades.

The U.S. Department of Defense formally initiated what would become commercial GPS industry in 1973, using military studies from the 1960s. From that point until 1989, when the first of today’s 24 GPS satellites was launched into orbit, teams of military technicians and researchers worked on the project, known initially as Navstar.

One of the pivotal events that led to what we know today as universal GPS was the 1983 tragedy of the Korean Air Lines flight 007, shot down after straying into prohibited airspace. In reaction to this disaster, President Reagan directed that steps be taken “guaranteeing that GPS signals would be available at no charge to the world when the system became operational.”[1]

When the final satellite in the 24-satellite network was placed into orbit in 1994, the concept was considered “ready for prime time,” and the commercial explosion began. Despite its intricate technological design, GPS is fairly straightforward in the way it works. The 24 satellites circle the earth twice a day in fixed orbit and send signals to the earth. GPS receivers take these readings from three or more satellites and, through triangulation, determine an exact physical location on earth.

Once into full commercial development, the GPS market became a staple of modern life. In fact, Market research.com, in its report “World GPS Market Forecast to 2013” projects that the shipment of GPS devices worldwide will reach 900 million units by the end of 2013[2]. Marrying GPS technology with smartphones, for example, has opened up avenues of application that at times seems limitless.

While GPS has evolved to become a cornerstone of automobile, marine, and aviation travel, it’s also penetrated the worlds of outdoor recreation and sports. Such applications as “geocaching,” where GPS units are used to conduct a form of “hide-and-seek” in a variety of settings, are becoming commonplace. In the world of golf, devices are now available to help with your golf game by calculating distances to the hole, hazard location, and so on.

And the future holds even more promise for wider use of GPS. For example, GPS-enabled cameras are now available that let you geotag your photographs so you can pinpoint exactly where a particular shot took place. Another quickly-evolving GPS application is the concept of location-based advertising, which allows retailers to hit you with an ad based on where you are standing (assuming your SmartPhone is turned on in the store!)